On May 15  Belt Road summit was joined by 29 national leaders (including heads of  and ) as well heads of world bank, IMF, UN

There is also the opportunity to change choices of Donald Trump. Kissinger briefed both Jinping and Trump in December that the last thing youth anywhere needs is a cold war of sustainability goals where every nation has to choose between  and  as an ally. The Chinese Diaspora are working really hard on keeping all information flows open for trumps advisers – ultimately they would even like to convert him to green and no walls but they will keep sharing maps benchmarking development progress in all the dimensions above

In addition to published communiques, Chinese students and I have collected many hours of taped conversations including why the new head of the UN sees china’s way forward as a gamechanger for refugees. We also partner a hotspot device developed by Intel so that up to 50 people can catalogue practical videos wherever they want to open space update summits on multilateral development

DIVISION FOR SUSTAINABLE DEVELOPMENT, UN-DESA
The Division for Sustainable Development (DSD) of UN-DESA provides leadership in promoting and coordinating implementation of the sustainable development agenda of the United Nations. Click to read more about our work.

TECHNOLOGY FACILITATION MECHANISM
The Addis Ababa Action Agenda and the 2030 Agenda for Sustainable Development called for establishing a technology facilitation mechanism in order to support the sustainable development goals. 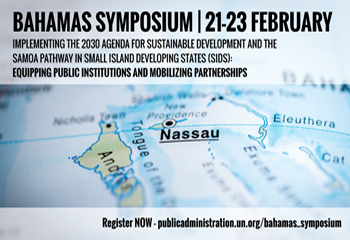 HIGH-LEVEL PANEL ON WATER
United Nations Secretary-General Ban Ki-moon and President of the World Bank Group Dr. Jim Yong Kim announced on 21 April 2016 the appointment of 10 Heads of State and Government as the members of the High-level Panel on Water, and two Special Advisors to the Panel.

STAKEHOLDER ENGAGEMENT
Sustainable development require the active participation of all sectors of society and all types of people.

PARTNERSHIP FOR SDGS
Multi-stakeholder partnership engagement for sharing knowledge and expertise to support the achievement of the sustainable development goals in all countries.


DISCLAIMER FOR FRAUDULENT CONFERENCE I
Posted by chris macrae at 4:51 PM No comments:

Posted by chris macrae at 12:56 PM No comments:

Don't let fame media dsitract you - we 8 billion people4 neeed media of 2020s most exciting decade to be alive:

to map collaboration races round these 16 life shaping goals;

wherever process 17 big corporations and big governments ask for help; eg at cop26 they needed asked community on earth to connect diverse data through smart devices and tech which is now trillion times

more connecting than that needed to moon race 1960s

abed pdfs on university 1 :: tour AI for girls 1fazle abed quoted by donella rapier 2018 : “The passion of my lifetime has been to work with people living in poverty and to see them, with the right resources and opportunities, transform into agents of change in their own lives, families and communities. The inequalities that create divisions of rich and poor, powerful and powerless, are made by humans. So change is also possible through human acts of compassion, courage, and conviction. I have spent my life watching optimism triumph over despair when the light of self-belief is sparked in people. As a team, I want us to keep lighting these sparks.” global leaders who appear to have liked Abed include

x UN Secretary-General António Guterres in a message read out by UN Resident Coordinator Mia Seppo  said Abed’s contribution in poverty alleviation and sustainable development are sources of great inspiration for the UN.

“Sir Fazle Abed’s vision became Brac’s vision. He was against all forms of exploitation and discrimination. He was a strong advocate for women and through Brac he designed development models that placed women at the centre,”

Abed also understood that opportunity starts with the help of education, and Brac’s education model has been replicated around the world.

“For Bangladesh, in the 1970s diarrhoea was the biggest killer. Sir Fazle Abed helped the country make dramatic advances in overcoming the disease through highly effective national campaigns.

“Today the focus is shifting towards resilience in the face of climate change and humanitarian crises. Brac today is among the main responders to the Rohingya crisis. I know that Brac will continue to keep alive the vision of its founder.”

national leaders who appear to have innovated a partnership with abed - your nominations welcome2020 qatar's first lady offers this report- she had started the 2010s with biannual summits wisE awarding education laureates, wisH -health laureates - abed came first among her education awards 21 wish nurses equity reportwhich tech leaders inspired abed most?during a millennial goals brainstorming dinner, mrs steve jobs asked fazle abed why hadn't he gone a step furthet- beyong bangladesh why not brac intl to serve people outside bangladesh: consequences: fazle abed had been relentlessly questioning ops to go local to global from the mid 1990s three dynamics gravitated around fazle abed- how to share solutions the world wanted from bangladesh, and how to operationally serve those needs reliably - could new technologies finally empower villagers so he decided his questions and mrs jobs were huge enough to merit founding a new university - designed as much to explore what no western university knew about billion rural womens main advancement priories as teaching students as being a magent for susy=taiability worlds best longer tem partners

Social Business inspired Co-blogs etc from Catholic Universities inspired by sustainability and Nobel Franciscan business goals
1 globalgrameen and the Medgar Evers Devate on Social Solutions the Moore the Better -with thanks to SoundtrackNY top 100 Open Spaces of Sustainabilituy=Youth's Productive Decade (To Be In the half Of the wrld aged under 300
2 Yunus.tv with special features on AfricanIdol.tv
3 Yunus10000.com - the 69th birthday wish of muhammad Yunus for 10000 Yuth Ambassadors
From other pro-=youth ecnmics networks
eg http://beta.ineteconomics.org/
FROM 2016 Diary of Youth Greatest Decade
IDES of March (15) opening the UAE microcreditsummit
March 10 Brooklyn Social Justice Day: Medgar Evers-- Youth friend of New York Youth Development - Global Youth Empowerment Open Spaces
March 1 - China leads the way at ICCC Architecture Competition United Nations
Frm Happy New Year f the Mnkey - Sin Americas Yuth Friednships aide memire with west cast branch funding memer 1990 ..amy
why dont you write to billy and see if he will give us a meeting at stanford between march 3 and 7
1 catch up on 25 years of china-america friendships out of silicon valley- find out about jack ma's upcoming diary
2 catch up on hiro dialogue on social innovation and epicentre of student exchanges as expereiential learning www.akira-foundation.org
3 catch up on sponsorship of creative childrens 20th olympiads
4 catch up with his opinion of andrew ng leaving coursera and joining baidu
5 talk to his chinese female prodigee =who works in coursera and get hi-level introduction to the most exciting pro=youth hub in usa - 500 women run by chinese brazilian women and abut to leadership quest china
6 see if scot will share his contact with khan academy
7 check up with whether blum university and give directly are ready to partner wit mit and ny development
8 check up with the ny bangladeshi poverty research institute at berkeley and help tross check up whether clinton university is preparcd to celebrate chinese millennials april 1-what else does she need to research before obamas relaunch as a professor in columbia uni
interview blum on whether his new passion for empathy training connects with social justice and innovatin
happy new year of the monkey chris